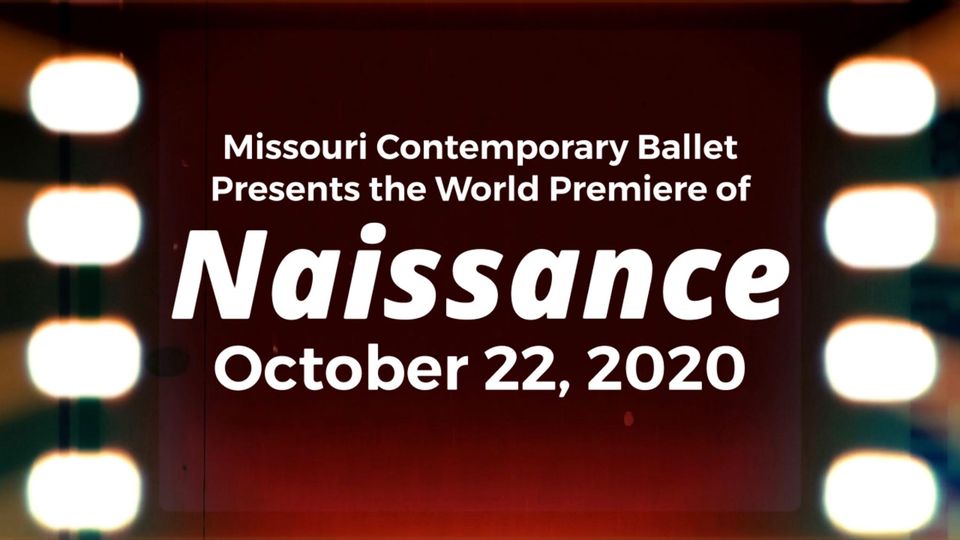 Be the first to view the world premiere of ‘Naissance,’ a film directed and choreographed by Karen Mareck Grundy! This film will premiere October 22nd at Logboat Brewery, and will be available to stream from home starting October 23rd.

Tickets for the live, outdoor event are LIMITED and will include the opportunity to view not only the new film but also pieces from our repertoire on a large screen at Logboat Brewery.

‘Neissance’ is the French word for “dawning” which is exactly what this project has been for Missouri Contemporary Ballet. MCB dancers have been filmed at iconic locations throughout Columbia while dancing to music by local artist, Molly Healey. All the videos are now being combined to create a unique masterpiece that is unlike anything done before for the company. We have released multiple behind the scenes videos including exclusive interview footage with MCB company dancers.