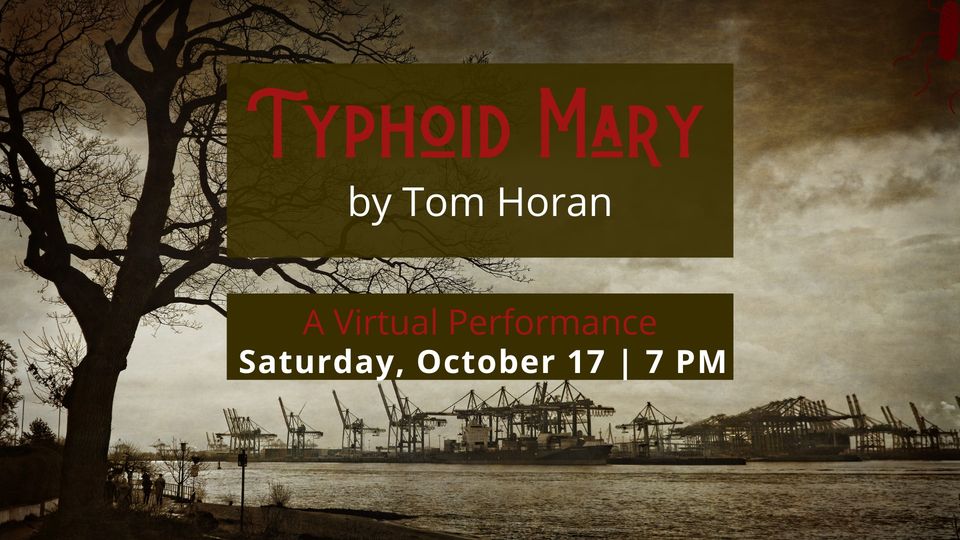 Typhoid Mary, an online performance for the benefit of Talking Horse Productions

Contagion, public health, class bias, gender bias, anti-immigrant bias, liberty, religion, and morality. These hot-button topics were in the news over a century ago, as much as they are today.

Mary Mallon was born in Ireland in 1869 and emigrated to the United States in 1884. Working as a cook, she was believed to have infected at least 53 people, three of whom died, with typhoid fever. Mallon was the first person in the United States identified as an asymptomatic carrier of typhoid, and the first person to have been forcibly quarantined by authorities. At the time–the early 1900’s–at least one in ten infected persons died from the disease, and the public did not understand asymptomatic transmission. While confined, Mallon was the object of numerous tests and experimental treatments by doctors, and the subject of lurid newspaper headlines. She wrote that she became “a peep show for everybody.” She ultimately died in quarantine, after spending a total of nearly three decades there. The press coined her nickname, “Typhoid Mary,” still used today as a colloquial term for anyone who, knowingly or not, spreads disease. Mallon maintained until her death in 1938 that she was healthy and “clean.”

Join us for a thought-provoking evening of theatre, brought to you from the perspective of Mary Mallon, and that of the two very different doctors who sought to understand her condition, George Soper and Josephine Baker. The production will be streamed live, and audience members will be encouraged to share thoughts and comments throughout the performance. Tickets are $15, available through Ticketleap: talkinghorse.ticketleap.com/typhoid-mary. You will receive a link to join the event.