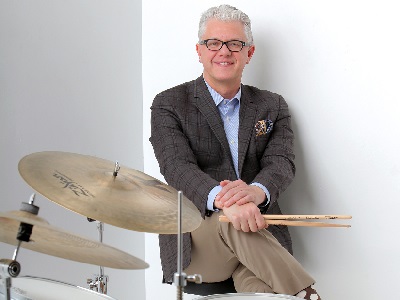 Can you say “Old Home Week”? During the course of the last quarter-century, the “We Always Swing”® Jazz Series has been pleased to think of numerous artists as our “friends.” Drummer Matt Wilson, who now-famously said, “Columbia has more jazz per capita than any other city in the country,” certainly falls into that category. During his previous visit two season’s ago, he unveiled his “Honey & Salt” project – a reflective work centered on Carl Sandburg poetry and prose that also included bassist Martin Wind. The time before that, he spent the holidays with us, leading his interpretive “Tree-O” endeavor; there was also his two-horn quartet that morphed into a quintet by pianist John Medeski. And then there is “Arts & Crafts,” his tremendously playful quartet that not only includes Wind, but yet another Jazz Series “friend,” trumpeter Terell Stafford – whose visits here have seen him in a leadership role, placed him with Bobby Watson as well as with the Clayton Brothers, not to mention a 2009 appearance as a member of the Vanguard Jazz Orchestra. Joining her three comrades is pianist Dawn Clement, who makes her second Jazz Series appearance, having been here previously in support of René Marie.
Due primarily to Wilson’s several other projects, as well as Stafford’s and Wind’s obligations elsewhere, “Arts & Crafts” has been somewhat dormant in the recent past. Further, truth be told, Clement has never really being an “official” A&C bandmember – that is, until now. Not that we’re worried, but, in essence, this unofficial “reunion” performance just may test Wilson & Co.’s musical mettle. We’re betting they’ll succeed. After all, it was Stafford who said, upon accepting the engagement, “I REALLY want to be a part of the 25th Anniversary festivities!!!”