It’s been far too long since now-veteran vocalist Karrin Allison joined us for a “We Always Swing”® Jazz Series appearance. During the course of a now-three-decade strong career, the five-time GRAMMY®-nominee has created a bounty of recordings – both varied and inviting. As Jazz Times critic Christopher Loudon wrote not too long ago: Even those casually familiar with vocalist and pianist Karrin Allyson’s recording career surely appreciate her… exploring everything from French chansons to Brazilian jazz, from blues to pop, from Coltrane to Rodgers and Hammerstein with unerring panache. With [her recent release,] Some of That Sunshine, Allyson unleashes her equally impressive dexterity as a songwriter… She fills the album with 13 finely crafted originals that variously suggest the spiritedness of Carole King, the perspicacity of Paul Simon, the warmth of Irving Berlin and the bite of Bob Dorough or Dave Frishberg. 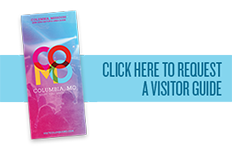