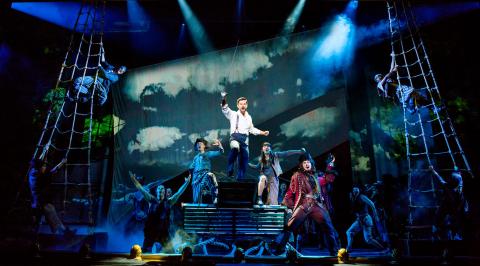 The winner of Broadway.com’s Audience Choice Award for Best Musical, this breathtaking smash “captures the kid-at-heart,” says Time magazine. Finding Neverland tells the incredible story behind one of the world’s most beloved characters: Peter Pan. Playwright J.M. Barrie struggles to find inspiration until he meets four young brothers and their beautiful widowed mother. With a lot of faith and a little bit of pixie dust, Barrie takes a monumental leap to write a play that will astound theatergoers, leaving his old world behind for Neverland, where nothing is impossible, and the wonder of childhood lasts forever. Packed with mesmerizing visuals, irresistible songs and plenty of laughs, Finding Neverland is a timeless story about the power of imagination and spectacular proof that you never really have to grow up.