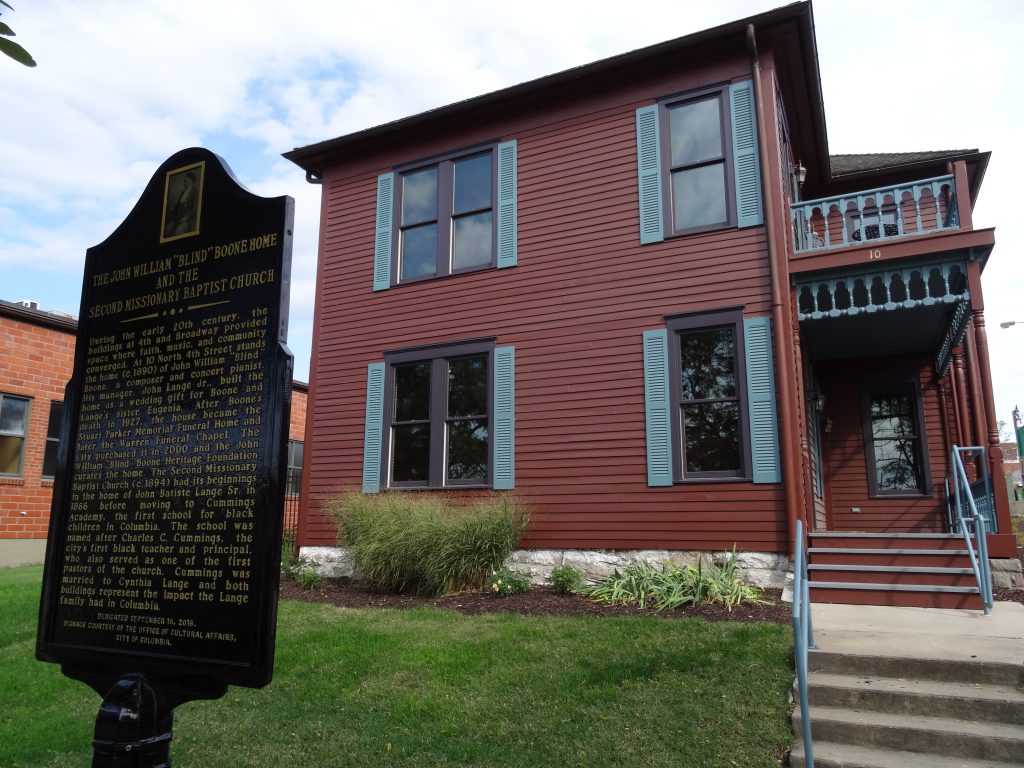 Experience a piece of history

John W. “Blind” Boone overcame blindness, poverty, and discrimination to become a nationally famous concert pianist and composer. Boone helped to merge African-American folk music with the European classical tradition, a fusion that opened the way for ragtime, jazz, boogie-woogie, and much more.

Eugenia Lange and John William Boone first met when Boone came to Columbia to perform in the Christmas concerts of 1879. A decade later, their friendship had ripened into romance and then marriage. And marriage, for the successful man Boone had become, signaled the need for a proper home. Their house was built by Eugenia’s brother, John, who was also Boone’s manager. The land on which it sits once belonged to her father, John Batiste Lang, a “free man of color” who came to Columbia in 1850 to be close to his enslaved family.

Eugenia presumably took the lead in furnishing the house with chandeliers, fine carpets, patterned wallpaper and colorful photos on the walls. John William began to accumulate pianos – at one point he kept seven of them scattered around the house.

By the time John William died in 1927, their troubled financial situation must have made it difficult to maintain the house. A few days after Eugenia died in 1931, a newspaper reporter crossed the threshold and stood among “faded scarlet carpets, scarred light oak furniture and tarnished gilt frames on large bright-colored pictures…all that remain to show the former glory.”

The Boone Home, located at 10 North 4th St, is one of the few physical remnants of the community African-Americans built in the late 19th and early 20th centuries. It serves as a monument to the individual genius and generosity of John William “Blind” Boone, but it also represents the historic black community as a whole – its struggles and accomplishments.

The restoration of Boone’s home is a tribute to the residents of Columbia, music lovers everywhere, and the African-American community. The heritage of this inspirational and talented man who lived and created many of his compositions in his home on 4th Street is a vital and important element in the history of our community. Revitalization of the home and the gardens brings a resurgence of community pride in the heritage of yesterday and excitement about the future of Columbia.

Visit the website to find out how you can tour or reserve the home for your next gathering.