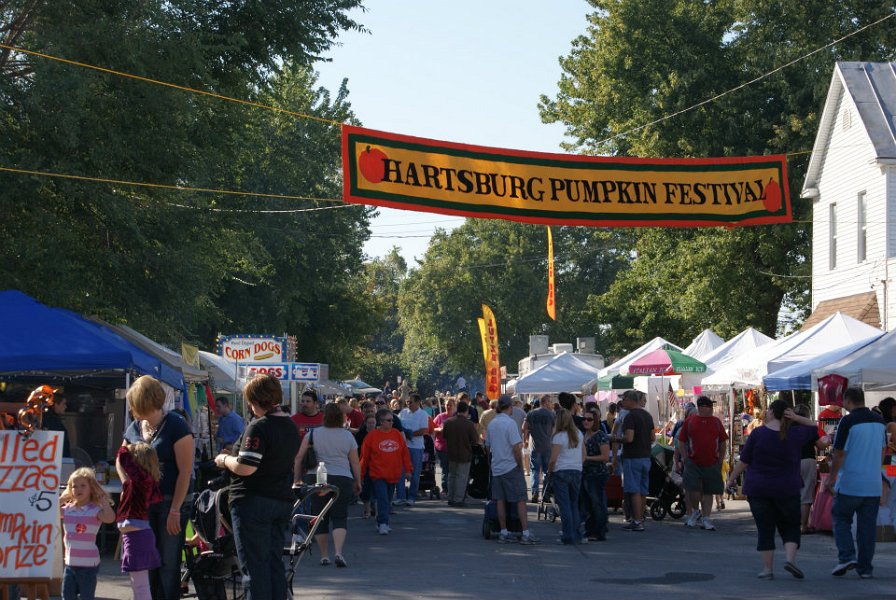 With friendly people, locally owned B&Bs, a bike shop, restaurant and a little bar where bluegrass is played every Sunday afternoon Hartsburg is known as a charismatic little Missouri River town.

In the 1870’s Luther D. Hart and Aurelias B. Hart bought several hundred acres of land in the area and started farming. Soon they sold a right-of-way to the Missouri-Kansas-Texas Railroad, known as the MKT, or Katy.

A railroad station named Hart City was established in 1893 and the town was officially incorporated as Hartsburg in 1901. It was a farming community of hard-working and religious immigrants. Electricity came to town in 1919, earlier than most Missouri communities. An electric cooperative was established in 1929. Fundraising was handled by the Progressive Committee, which is still in existence today. Twice a year, fall and spring fund raisers help purchase street lights, pave the roads, install Christmas decorations, upgrade the park or whatever else the little town needs.

Today the population hovers around 108. The town is home to two churches, two taverns, a winery, a cafe, an antique restoration business and, in the summer and fall, fresh produce stands. Often you’ll see a coffee can sitting on a picnic table and customers pay on the honor system.

The annual Pumpkin Festival, the second weekend of October, draws thousands of people every year.