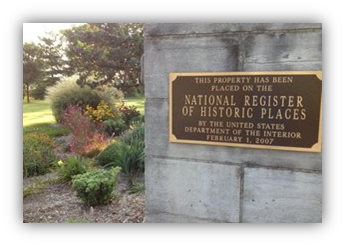 Columbia Cemetery is Columbia’s historic cemetery, known for its picturesque setting of mature trees and ornate monuments located on a hilltop next to Grant School overlooking downtown and the University of Missouri.

Founded in 1820, Columbia Cemetery is older than the city itself. It was started as the original burial ground for the town of Smithton, which later was relocated a half-mile to the east and renamed Columbia.

Expanded over the years to 33 acres, the cemetery still has space available and performs burials on a regular basis, making it the oldest continually operating business in Columbia. It is owned and operated by the Columbia Cemetery Association, a non-profit run by volunteer board of directors. As a non-profit, all revenue from the sale of graves, urn niches and markers are reinvested in the cemetery and used for maintenance and upkeep of the property. The cemetery’s professional staff live on site and help dozens of families every year with pre-need planning and at-need burial services, while taking meticulous care of the cemetery grounds.

In 2007, Columbia Cemetery became one of the few cemeteries in Missouri to be listed on the National Register of Historic Places. Within the cemetery’s grounds lie two Revolutionary War soldiers and veterans of every war since the War of 1812. There are at least six presidents of the University of Missouri, presidents of Stephens and Christian (now Columbia) colleges and a governor, Abraham J. Williams. Its monuments are a roll call of Boone County’s pioneer and influential families.

Over the years Columbia Cemetery has maintained its historic charm while evolving to meet the needs of a modern society. Beautifully ornate historic markers coexist harmoniously with more modern headstones and urn niches, providing a peaceful sanctuary to all in the heart of Columbia.