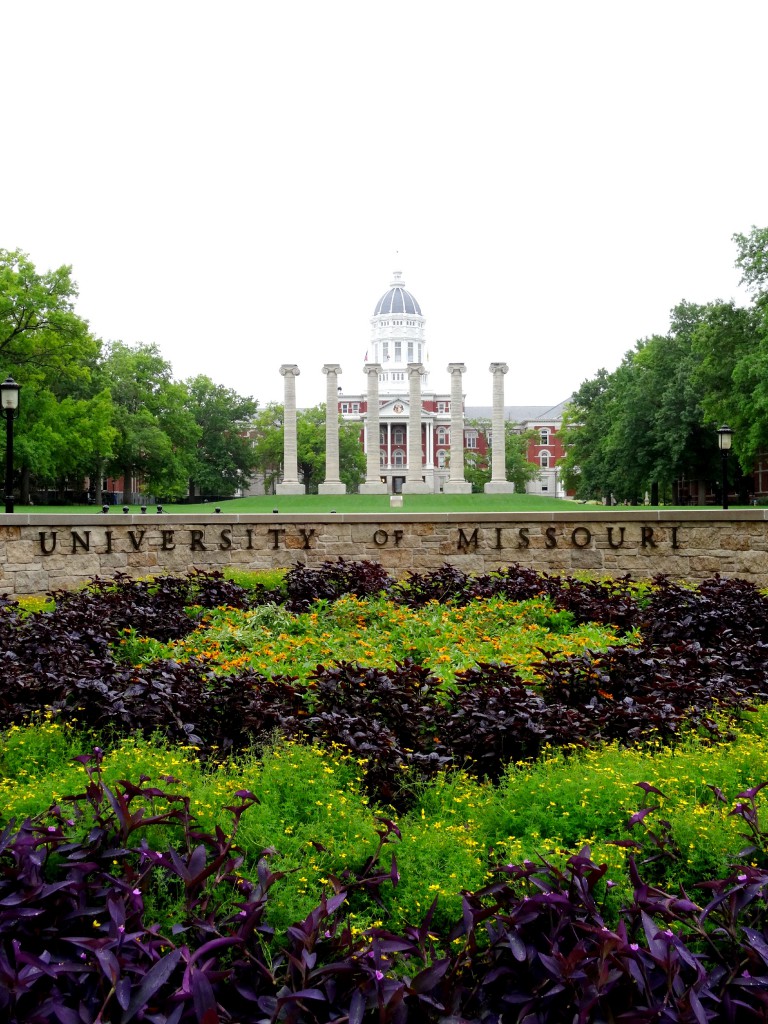 Avenue of the Columns – 8th Street

One of Columbia’s most historic views.

Looking south down 8th Street, one can see the columns from the University of Missouri’s original administration building that burned down in 1892. When looking north, one can see the pillars of the original courthouse built by William Jewell in 1846.

The traditional symbol of the University of Missouri is the row of six Ionic columns. The Columns once supported the portico of Academic Hall, the first building erected on campus. Academic Hall was built between 1840 and 1843 from plans drawn by A. Stephen Hills, designer of the Missouri State Capitol. It consisted of a domed central section of three stories with two wings and housed both educational and administrative facilities. Brick for the building was fired on campus. Limestone for the Columns was obtained from the nearby Hinkson Creek Valley and was hauled to the building by ox-drawn carts.

On Jan. 9, 1892, Academic Hall was destroyed by fire and the Columns were all that remained. In August 1893 the Board of Curators voted to remove the Columns, considering them not only unsafe but unsightly. However, supporters of the Columns rallied to their defense, and after inspection showed the foundations were safe, the Board voted to retain them in December 1893. Now the Columns stand as a beloved part of MU’s campus.