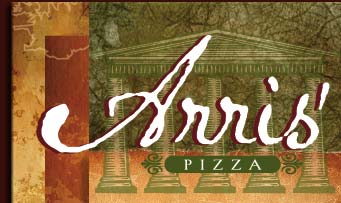 In September 1961, pizza restaurants were scarce in Jefferson City. The City needed a family gathering place, and Arris Pardalos needed a welcoming home to introduce his pizza recipe. The pairing proved to be ideal, and Arris’ Pizza was soon on its way to becoming a Jefferson City landmark.

Now famous throughout the Midwest, Arris’ Pizza attracts customers who keep coming back, and who will travel far to indulge in the acclaimed pizza, salads, and sandwiches. When customers visit the restaurant, they can extend their enjoyment by taking home a “half-baked souvenir,” which is an Arris pizza that can be taken home to be eaten at a later time. These pizzas are so popular that they are mailed all over the country to Arris’ fans.

While his outstanding recipes for pizza dough, sauce, and other ingredients are key to the success of his business, Arris also attributes his prosperity to a commitment to hospitality, dedication, and excellent service. Arris thanks the people of Missouri and Oklahoma for their continued support and loyalty.