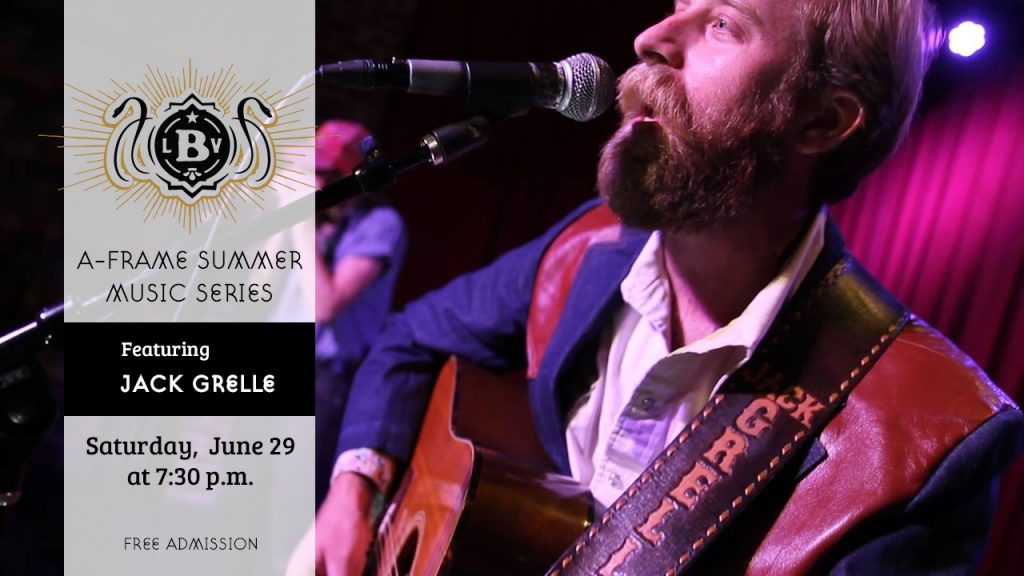 Jack Grelle Live at the A-Frame

Join us for an evening with Jack Grelle! This show is free admission and will begin at 7:30 pm on Saturday, June 29. Jack Grelle is an internationally touring artist who has garnered praise from publications such as Rolling Stone, American Songwriter, No Depression, and more.

A little about the band…
Jack Grelle is a strong, idealistic songwriter from St. Louis, Missouri. Combining the styles of folk, traditional country, honky tonk, and rock and roll, Grelle is able to capture the themes and tones of our country’s past and present struggles and triumphs. Grelle’s willingness to move among genres is a testament to the urgency and restlessness of his artistry. This rambling spirit has brought his songs to over fifteen countries and three continents.