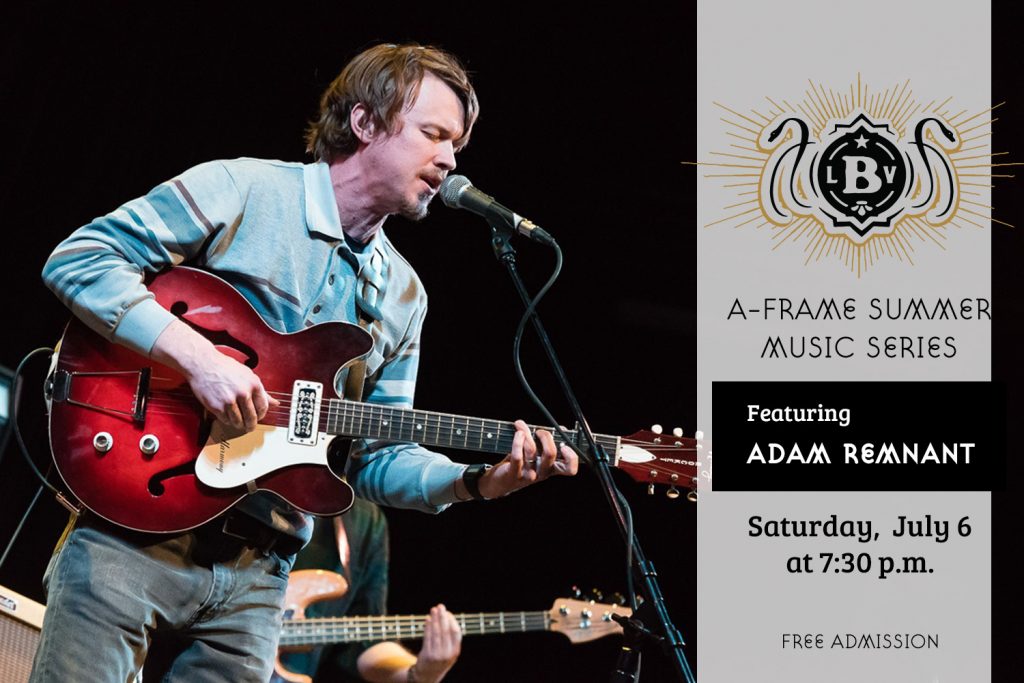 Adam Remnant Live at the A-Frame

Join us for an evening with Adam Remnant! This show is free admission and will begin at 7:30 pm on Saturday, July 6. Former front man of critically acclaimed folk rock band Southeast Engine, Adam Remnant and his band will showcase songs from their new full length album, Sourwood.

A little about the band…
“Adam Remnant’s voice is one of the great instruments in folk rock. The former Southeast Engine leader sings with such a weary, weathered richness that a career in Americana was practically preordained. Two decades in, he’s built himself up a catalog with real character.” – Stereogum

“Remnant’s latest EP is a self-directed affair; he wrote and recorded all the songs himself in his southeast Ohio home. The literate work contained therein finds Remnant treading evoking ground as he reflects on both his childhood and becoming a grownup.” – Ghettoblaster Magazine

“While its sonics and song structures are about as fresh as its subject matter, its attention to detail and local focus make for a singular achievement. That and they find the strength to see each moment quake.” – Pitchfork