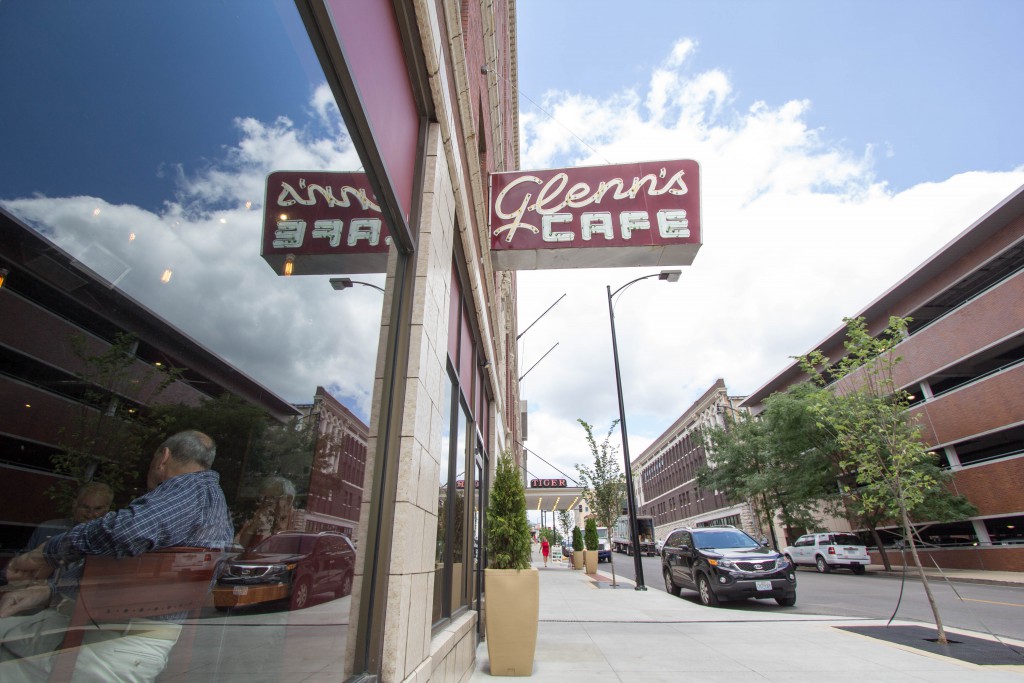 A Columbia original back in town after many moves offering American, Cajun/Creole, Breakfast, and Vegetarian specials.

From sometime around 1939 a small gas station diner on the side of what was then Highway 40 (today’s Business Loop) held the name Glenn’s Cafe. Originally opened by Glenn Purdy and his wife Tilley, it enjoyed a 40+ year run at that location, starting as little more than a diner but graduating to more substantial cooking, Glenn’s and it’s eponymous sign became a favorite of weary travelers and local families alike.

In the early 80′s the business, and sign, were purchased by Stephen Cupp and then moved in 1988 to downtown Columbia for the first time to the corner of 9th and Cherry Streets, in what is now the Kaldi’s Coffee building where it remained with an ever growing New Orleans’ influence.

Those with a good enough memory have long tried to forget the last Mardi Gras they spent there! In 2002 Glenn’s closed it’s doors and many thought they’d seen the last of the Columbia ledgend. A trip to the South side of Columbia and then to the Virgin Islands for Steve before being headhunted, out of the sunshine and back to Boonville, for another incarnation of Glenn’s inside the Hotel Fredeick begining in 2006 brings us almost up to date. In the summer of 2013 Steve made the move to become Food and Beverage director at The Tiger Hotel back in Columbia and brought with him the Glenn’s Cafe name and of course the beloved original sign.